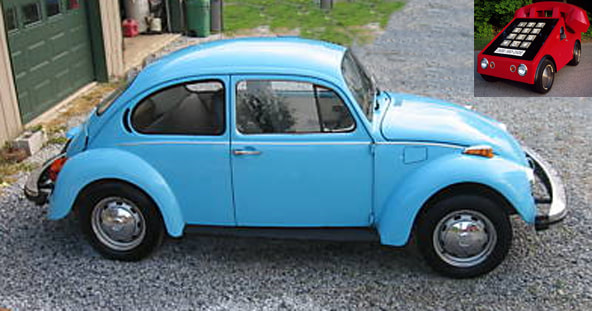 The original car was a baby blue 1975 Volkswagen Beetle, purchased used for $125. The body was removed, so only the VW's chassis (frame, motor, transmission & wheels) were used to build this art car. The body of The Phone Car was custom fabricated in the Boston area. The entire project took about 1 year to complete. The finished car was painted candy apple red to draw attention. This was also one of the standard colors offered when this phone was in common use.

Dave Huntress, above, fabricated and welded the body
of the phone car. 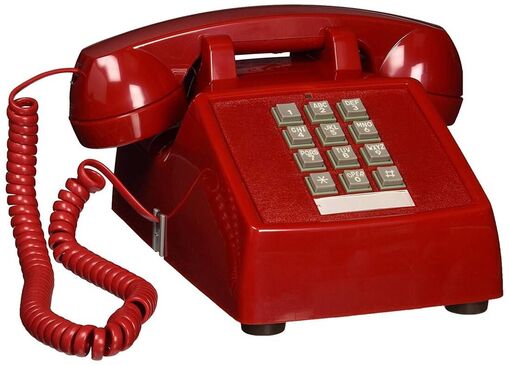 The Phone Car is modeled after a touch-tone desk model seen in many offices & homes in the 1960-70's. 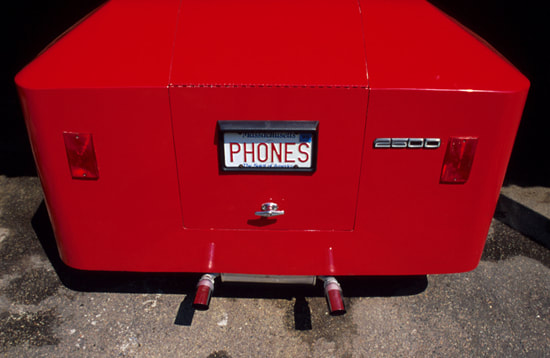 Unlike some art cars which are always-evolving, The Phone Car is considered a finished piece of rolling art. It's drivable, street-legal, and has a license plate that reads "PHONES" (of course!). When the horn is honked, it rings like a telephone. A few years after this art car was built, a super hero costume was created as a kind of tongue-in-cheek addition. Lo and behold... Teleman was born! He doesn't have a lot of super powers, but he certainly can fix telephones 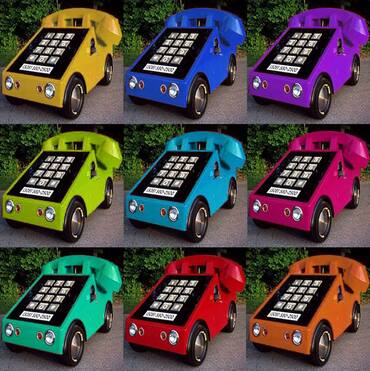 Q. What is The Phone Car made of?
A. The Phone Car is fabricated from aluminum sheets welded together and formed to give a molded plastic look.

Q. How can you see to drive?
A. The black face plate of The Phone Car is tempered safety glass. The view is slightly obstructed by the buttons but you can clearly see around them while driving.

Q. How long did it take to make The Phone Car?
A. A little over a year to construct the body of The Phone Car. Then an additional six months to finish the wiring and lighting.

Q. How fast can The Phone Car go?
A. We’re not exactly sure. It should go as fast as a regular car. We’ve had it up to a little over 40 mph. We now know it will go faster. In Houston it was used as our transportation and it went at least 50mph!!

Q. Has The Phone Car ever been stopped by the police?
A. No! And we’re not sure why exactly. We speculate that no officer of the law would want to explain to his H.Q. the “situation”. Occasionally the police will stop to take a photo. The Phone Car is beyond belief.. The only ticket it might get is for having too much fun!

Q. How long have you had The Phone Car?
A. The Phone Car was built around 1983 to be used as part of a trade show exhibit. It was retired from trade shows and started being used in parades.